Zakir Khan`s `Tathastu` inspired by memories of his celebrated grandfather 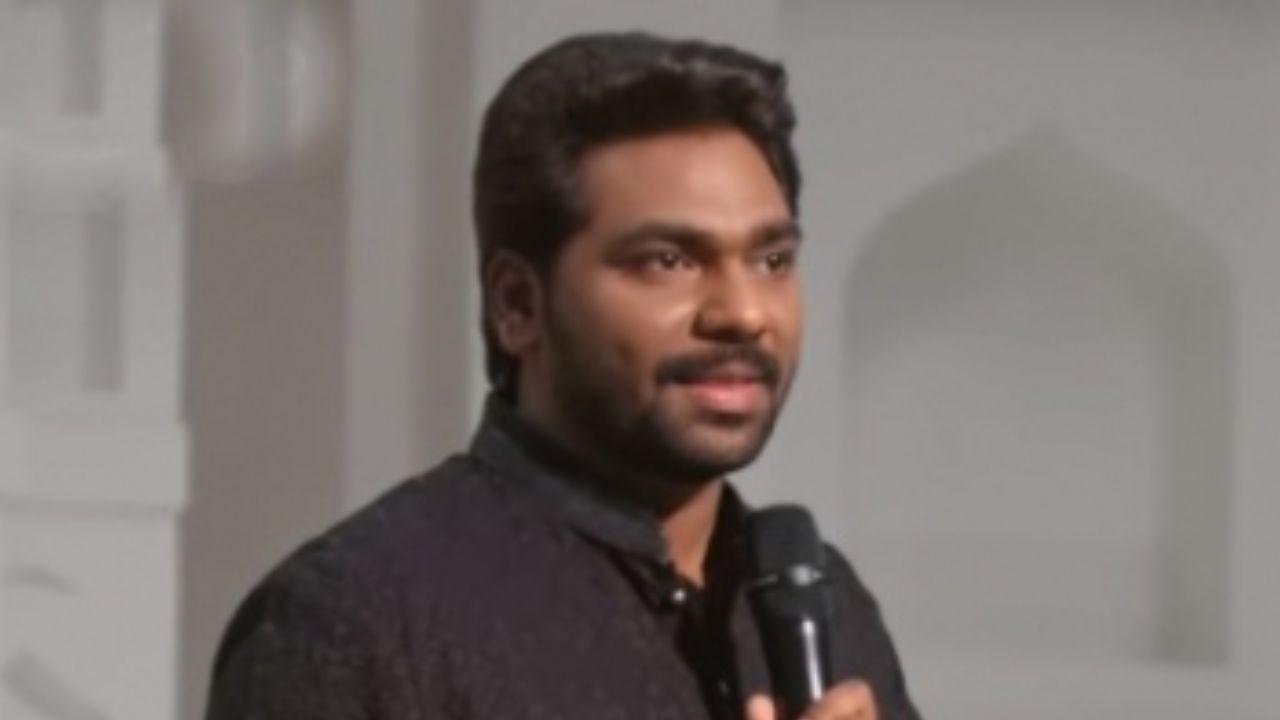 What separates stand-up artiste Zakir Khan from his contemporaries is his tremendous ability to connect with the audience and his personalized approach to telling stories laced with a very robust sense of humour. If you have seen his earlier special or even his YouTube videos, you would realise Khan always drops that one moment during the gig which makes you emotional or teleports you back in time, he has cranked it up a notch in his latest special titled `Tathastu`.

He has an innate ability to push the audience on the edge and make them tear up a little before pulling the strings again to give them a laughter induced stomach pain, all within a few moments. The relatability, as it is known in stand-up circles, is something that comes naturally to him and he puts it to good use in `Tathastu`, which came into existence because of his grandfather. Zakir is the grandson of the late veteran Sarangi player and Padma Shri awardee, Ustad Moinuddin Khan. He comes from a family of noted musicians who belong to the Jaipur gharana.

Talking about his new special, Zakir told IANS: “I remember after my grandfather Ustad Moinuddin Khan passed away in 2017, I was talking to my friends about my relationship with him and how it evolved over the years.” “My friends then told me that it would be a good idea to share this with those who like my work as it will give them a peek into my life and what factors influenced my journey and how big a role my grandfather played in my life.”

He candidly shared that his memories of his grandfather are not all good, and it`s quite natural when you live in a joint family, there are restrictions from the elders, they have a major say in how your life will shape up right from career choice to your life partner. Zakir said: “Sab baatein ya sab yaadein acchi ho ye toh possible nahi hai na (It`s not possible to have just the good memories). We are human beings, the friction in our all relations creeps naturally and it applies to all relationships in this world. Sometimes you fight with parents, siblings, your love interest or even your colleagues.

“It was the same was with me and abba (his grandfather). Apne doston se maine unki buraayi bhi ki hai (I have spoken about him to my friends in a not very pleasant way). Bas bahut saari acchaiyon aur thodi si buraayion ko leke hi bana hai `Tathastu` (`Tathastu` is a result of a bunch of good memories infused with a hint of not so good ones).

Before turning it into a special, Zakir has performed the gig in over 100 shows across the globe in places like the US, Australia, London, Paris and several others. When asked how much childhood influences his work, he said: “For every human being, their every behaviour pattern is wired to their childhood. Also, stand-up is a very personal art form, holding the mic on stage, you`re entertaining the audience with your life stories or incidents, you squeeze in the humour from instances that may otherwise come across as mundane but to arm-up those instances with humour is what makes you a good comic artiste. The more personal your gig is, the better it lands with the audience. What makes it more personal? The unblemished childhood.”

Another thing which is strongly linked to childhood is innocence and Zakir feels that an artiste will have to put up an eternal fight to protect their innocence. He said: “Innocence is very important to create art. There needs to be some amount of innocence in an artiste to create art otherwise it`ll just be reduced to a mere product for consumption shoved down the throat of the audience through tools of marketing. Art ke profession mein zyadatar log apni marzi se, apne passion se hi aate hain na (a majority of people pursue art for passion, isn`t it)? You may look at the final through output and assess it through the lens of a producer or showrunner but the germ will always find its essence in your innocence.”

Khan added: “Main har artist ko kehna chaahunga ki apne mukaam tak pahunchane ke liye apne jo fight maari hai uska kuch hissa apko apni innocence barkaraar rakhne k liye alag se rakhna hoga (I would like to tell every artiste that they will have to keep a part of that fight aside which they used to reach a certain position in life and use that part to protect their innocence). Otherwise, the market forces will bog you down. But having said that, it doesn`t mean that you let innocence take the centre-stage. There should also be healthy balance, create through innocence but market your output through your sharp wit.”

Of late, the world has increasingly become intolerant to humour. When IANS asked him how does he view the relationship between offence and humour, he said: “Boundaries are not good for anyone.” He then made a sharp point: “All boundaries in our society are for artistes. I would like to say that whatever boundaries a politician enjoys the same should be applicable to women and the artistes.”