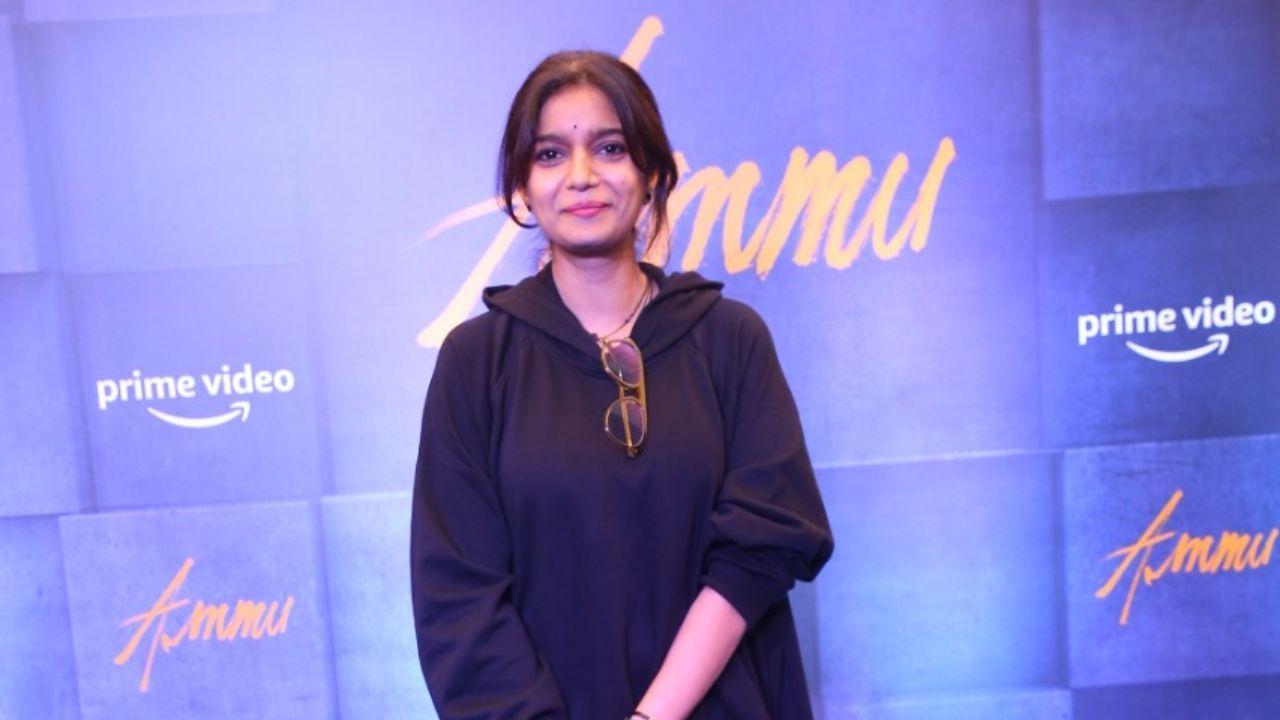 Ever since the trailer of Prime Video’s first Telugu Original Movie `Ammu` launched, customers have been eagerly waiting for the release of this thrilling tale that brings the story of a woman who rises like a phoenix in the face of adversity. With the film scheduled to premiere on Prime Video on 19th October, the makers kept a special screening in Hyderabad which was attended by the movie’s cast and crew.

Today Prime Video held an exclusive screening of its most anticipated Telugu Amazon Original Movie, Ammu at AMB Cinemas, Gachibowli, Hyderabad. While the event captured all the talents including Karthik Subbaraj with actor Naveen Chandra along with Niharika Konidela, Deva Katta, Sharath Marar, Raj Kandukuri and Swathi, Ammu played by Aishwarya Lekshmi will bring the story of a woman who rises like a phoenix from the ashes of her fairytale-marriage-turned-nightmare when her cop-husband Ravi played by Naveen Chandra, hit her for the very first time. What Ammu thought was a one-off incident turned into a never-ending cycle of abuse, trapping her and breaking her soul and spirit. Pushed to her limits, Ammu teams up with an unlikely ally played by Simha to break free.

With Karthik Subbaraj as the Creative Producer, written & directed by Charukesh Sekar and produced by Stone Bench Films, the drama thriller stars Aishwarya Lekshmi, Naveen Chandra and Simha. The film will be released in Telugu, Tamil, Malayalam, Kannada and Hindi from October 19, 2022, exclusively on Prime Video.

Also Read: A decade of Alia Bhatt: I promise to be better, dream deeper