Now, I have the confidence to do plays: Hina Khan 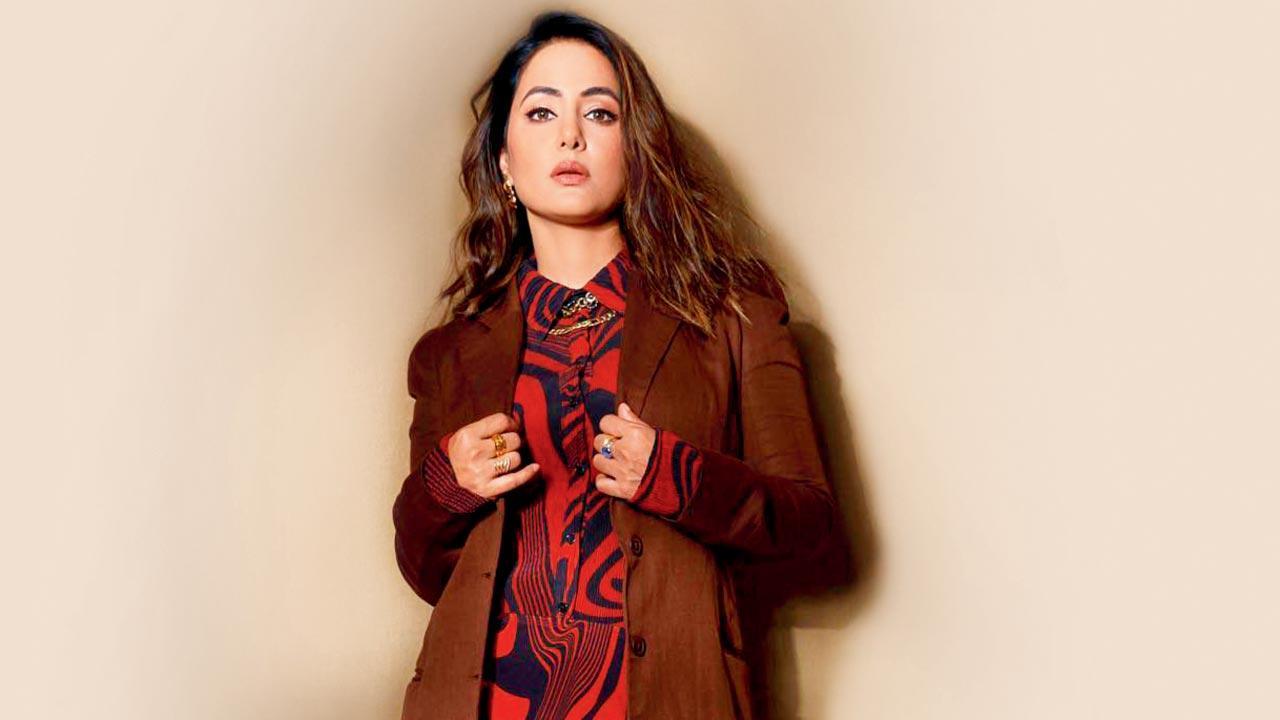 She started her career, draped in a saree and mouthing over-the-top dialogues for popular daily soap Yeh Rishta Kya Kehlata Hai. Soon, Hina Khan explored films and digital entertainment. Doing a play, though, was not in her scheme of things. The actor, however, had a change of heart when she was offered Zee Theatre’s teleplay, Shadyantra, also starring Chandan Roy Sanyal and Kunaal Roy Kapur. In conversation with mid-day, Khan talks about the learnings from her first teleplay.

What made you try your hand at a teleplay, at this stage?
I have been approached for plays in the past, but I could never take them up because they are time-consuming. They need longer hours for rehearsals that run into months. I didn’t have that kind of time, or that level of patience. I always picked up something else that didn’t [demand] too much time, and would [offer] good money. Also, I was not confident about performing [a play] live. But this time, I wanted to give it a shot because the makers would be shooting it.

How was the first experience?
In Shadyantra, I play Natasha, who is rich and married. Chandan plays my husband, who plans to kill me and make people believe that I died by suicide. An inspector comes into the picture. Eventually, it’s seen that [my character] is not dead; instead, someone else is the victim, while I am a suspect.
When I came on board, I told the makers that I was available only for six hours [a day]. However, with time, the unit became like my family, and I realised that [the format] needs time. There are [timeslot] blockings that need to be done, your voice needs projection, and so on. It was a great learning experience for me as an actor. It gave me a lot of confidence.

What was particularly challenging for you in this medium?
I have done television, films and web shows, but [this is a] different medium. In a show, you [tackle] one scene [at a time], learn the dialogues, and [shoot it]. But in this case, you are given a 100-page script, and you have to know it by heart. Here, I had 90 pages of dialogues to learn. I wanted to pat myself on the back for learning them in five days. Now if someone approaches me for a play, I am ready. I am ready for a live performance.

Were there new learnings as an actor?
[A teleplay] is shot like a play. The actors had to wait on the mark near the door; when one exits, the other actor enters. It was a different experience from shooting a film or TV. After your scene is over, you have to come back [on stage] in 10 minutes; so, there is no break once you start performing. [Between scenes], I had enough time to change into the next costume, but had no time to change my make-up. We shot it in two days.

Going forward, will you be open to performing more plays?
If I am given enough time to rehearse, I can definitely do it again. I didn’t have this confidence before. In fact, if they take the plays on tours, I would be more than happy to join the team. Travel is therapy for me; now, I have the confidence to travel for plays.